NEW YORK, NY / ACCESSWIRE / May 9, 2021 / TRON, the front runner in the race of NFT, has made new moves. WINkLink, the first comprehensive oracle launched on TRON, officially announced partnership with JUST NFT Fund. As the first marriage between an oracle and an NFT project, this alliance further diversifies applications in NFT and spurs the adoption of WINkLink in gaming and art, among other fields.

Launched on April 26, WINkLink is the first TRON ecosystem comprehensive Oracle project and has come into limelight since its debut. By leveraging its decentralized oracle network, WINkLink feeds reliable, timely, transparent and tamper-proof data to sophisticated smart contracts on any blockchain, while lowering the cost of trust and boosting transaction efficiency of smart contracts to better the operations of the entire TRON ecosystem. 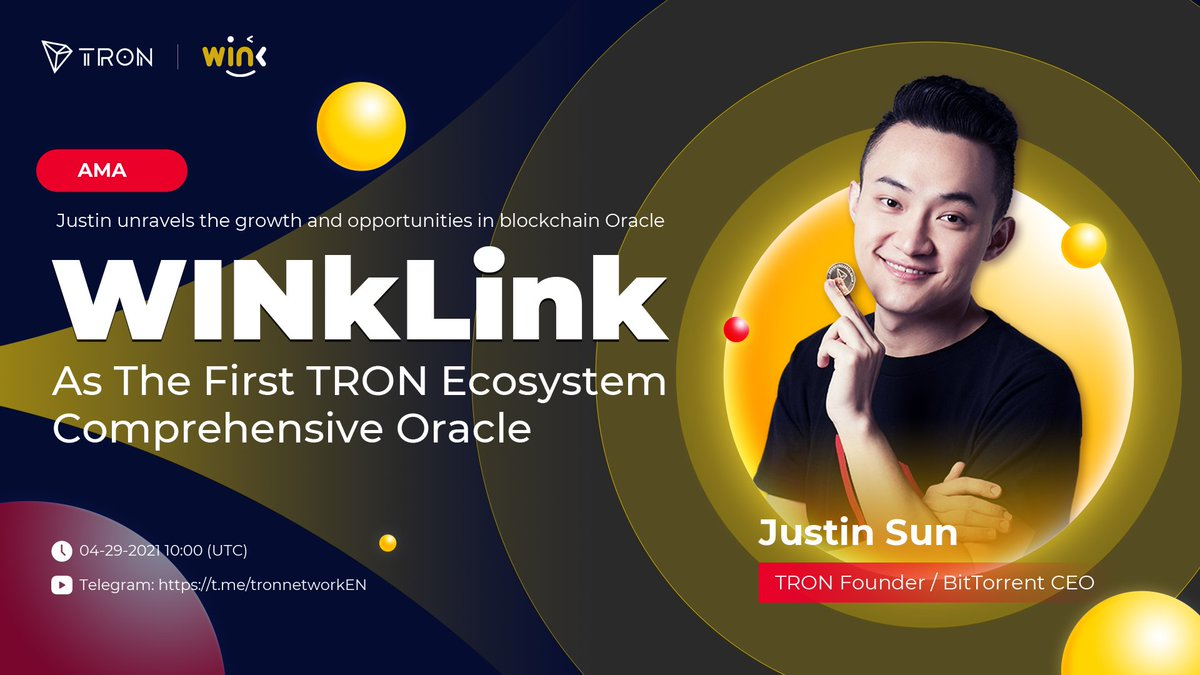 JUST NFT Fund was founded on March 29 by TRON Founder and BitTorrent CEO Justin Sun with the aim of building a bridge between top-notch artists and blockchain to register world-class artworks as NFTs on-chain. In less than two months, it has achieved impressive feats. As of now, Femme nue couchée au collier by Pablo Picasso, Three Self-Portrait by Andy Warhol, Ocean’s Front by the crypto artist Beeple, a complete NFT set by the crypto artist Pak, and Computer in Society – April 2nd, 1965, the TIME magazine cover, have all joined the first batch of collections of JUST NFT Fund. In the meantime, JUST NFT Fund has entered into partnerships with three of the world’s largest NFT auction houses, namely Christie’s, Sotheby’s, and Nifty Gateway.

So far, all the collections of JUST NFT have been tokenized. Ownership of these works has been mapped on TRON following the TRC-721 standard and permanently stored on TRON’s public chain and the decentralized storage system BTFS. This move connects the on- and off-chain worlds and marks the historic confluence of traditional art and leading-edge technology enabled by NFT.

The partnership between WINkLink and JUST NFT, two key components of the TRON ecosystem, is not only another milestone for TRON, but also a catalyst for oracle-NFT synergies. WINkLink’s decentralized oracle network powers JUST NFT Fund to securely integrate NFT with IoT data, web API and various data providers. It also feeds JUST NFT with reliable, unpredictable and verifiable real-world data, which are converted on-chain for data exchange between the virtual and physical world.

By joining hands with the thriving JUST NFT ecosystem, WINkLink decentralized oracle is set to unlock its full potential and expedite the commercial adoption of NFT in gaming, art and other fields. This alliance also marks the debut of WIN, WINkLink’s community governance token, in the NFT sphere. It’s a strategic move to further unleash the potential of NFT, expand the use cases of ‘DeFi+NFT’, improve community governance and catalyze the growth of JUST NFT ecosystem.

Oracle is a technical must-have for running DeFi protocols, and NFT is one of its major use cases. WINkLink’s partnership with JUST NFT is an unprecedented example of ‘oracle+NFT’ alliance. The two will draw on each other’s strengths and lead their respective DeFi races to prosper the TRON ecosystem.